The nervous system is responsible for receiving information from both the outside and the inside of the body, analyzing and ordering answers that help you adapt to each situation. Some examples of information coming from the outside are light, temperature and sounds, whereas in the category of coming from the body we have hunger, thirst and biochemical alterations. This system is the most complex and sophisticated of the body, and is formed by a network of tissues whose basic unit is the neuron, which we will examine shortly.

Functions of the nervous system

The nervous system has 3 functions:

An example that illustrates these three functions would be the case of a walking dog that finds a fallen wood trunk in the road: the sensory function perceives the trunk, the integrative function analyzes it and decides to jump it, after which the motor function moves the limbs to perform this action.

We will see more about sensory and motor functions when analyzing the types of neurons and nerves.

The neuron is a cell within the nervous system that specializes in transmitting nerve impulses throughout the body. These electrical messages are transmitted from neuron to neuron, but also from neuron to other types of cells, like muscles or glands. 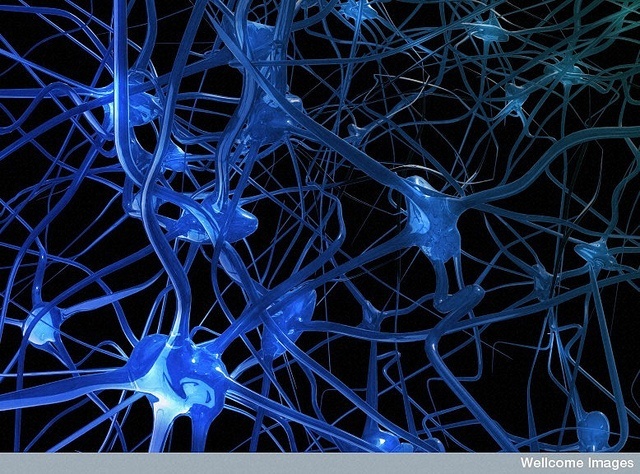 Neurons of the nervous system

There are different types of neurons responsible for performing various tasks.

Sensory neurons transmit nerve impulses from the sensory organs to the central nervous system. Somatic sensorials are responsible for driving stimuli such as temperature, pain and touch, while the visceral sensory conduct stimuli from the viscera and glands. 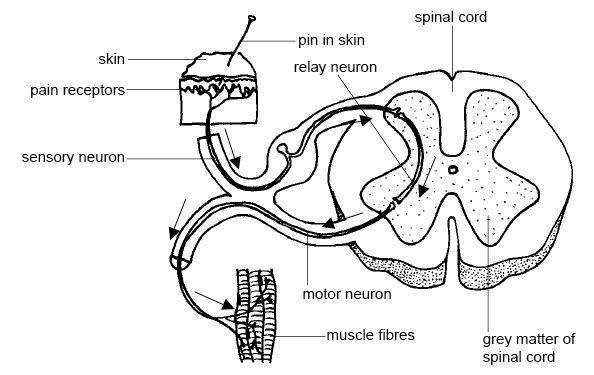 Neurons are composed of 3 fundamental parts: 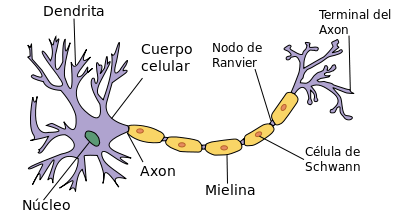 Knowing now the anatomy of neurons, we can make a more detailed explanation of each step given in the transmission of nerve impulses between neurons:

1. Dendrites receive the nerve impulse from another neuron, which is transmitted to the cell body.

2. The axon “pulls” the impulse from the cell body to take it to the next neuron.

3. When the nerve impulse reaches the end of the axon, molecules called “neurotransmitters” help carry the nerve impulse through the intermediate space between the transmitting and receiving neurons (this space is called a synapse). 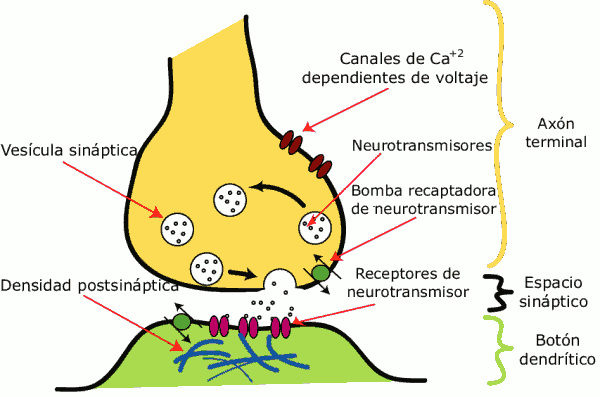 The following image illustrates the process in a more panoramic way: 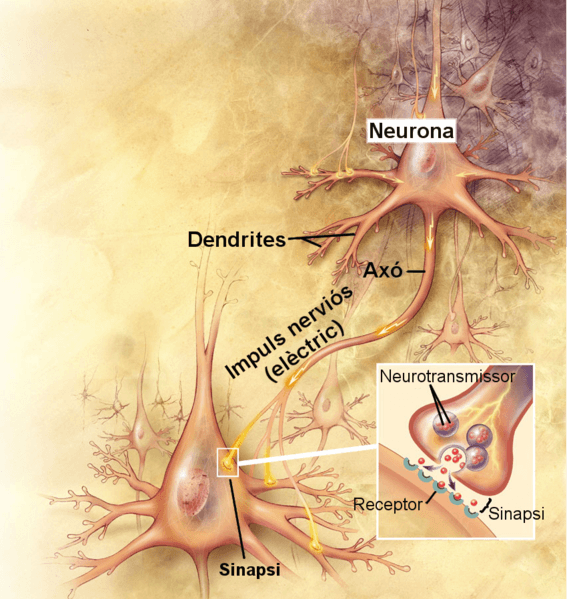 Communication between 2 neurons through nerve impulses

The nervous system is divided into central and peripheral:

It is the center of coordination and control of the organism, responsible for receiving the different sensations that come from both the outside and the inside of the body, which it interprets to convey the order to respond.

This system consists of the encephalon and spinal cord, analyzed below.

It consists of three parts: 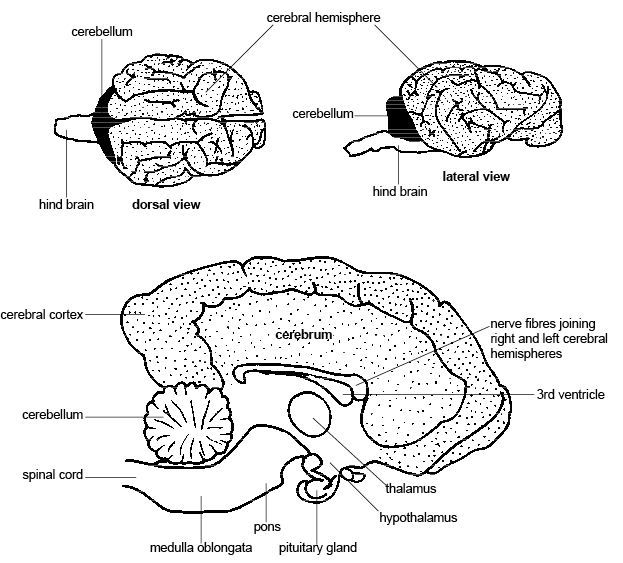 Parts of the encephalon

The spinal cord is a long, whitish, gelatinous cord located inside the spine. It acts as the pathway or gate of the sensory impulses that travel to the brain and the motor impulses that go from the brain to different parts of the body.

It is also the center of reflex movements that are immediate responses to external stimuli; examples of these are to blink automatically when an object is approaching, to remove the limb immediately when it accidentally touches a hot surface, or to contract the pupil of the eye in bright light.

The spinal cord: a cord located inside the spine

Let’s look at an example of what happens inside the nervous system of the dog during a reflex act, which will help us to better understand the connection between the different neurons:

The dog has pricked himself with a nail while walking; this stimulates the pain receptors of the skin, initiating the nerve impulse through a sensory neuron to arrive until the spinal cord. From there, it passes to a connecting neuron called a relay neuron, which in turn contacts one or more motor neurons, transmitting the nerve impulse to the muscles to remove the paw from the nail.

The spinal cord is an area susceptible to damage caused by falls from a great height, sudden movements of the body, car accidents, fractures in the bodies of the vertebrae and hernias in the intervertebral discs.

Damage to the affected spinal segment can be mild, moderate or severe. Mild spinal injuries can lead to awkward movement and mild weakness in the extremities, moderate injuries can cause greater limb weakness and severe injuries can lead to total paralysis and loss of pain sensation, as well as bladder and bowel control. Respiratory complications are often signs of a serious spinal cord injury, and often occur when it has occurred at the level of the neck.

Before going to the second division of the nervous system (the peripheral), we are going to make a parenthesis to examine another important character which is the nerve, defined as a set of axons (the same ones that make part of the neurons) that helps transmitting nerve impulses from the central nervous system to other parts of the body.

Nerves are connected to each other through connective tissue, they have the appearance of a whitish cord, and just like the axons of the neuron, they are covered by a layer of myelin that helps protect the nerve impulses.

The difference between a neuron and a nerve has confused more than one, since both are involved in the transmission of nerve impulses, so it is proper to clear up that while the neuron is a nerve cell, the nerve is a set of neuronal axons. On the other hand, nerves are exclusively in the peripheral nervous system (which we will analyze later on), while neurons are both in the peripheral and in the central nervous system. 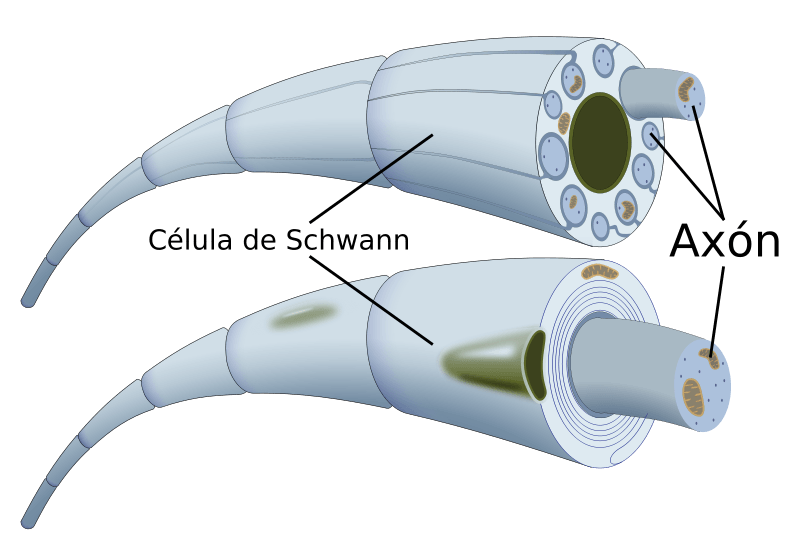 There is also another classification for the nerves, and it is according to its origin:

They are formed by 12 pairs of nerves originated in the brain, which can be sensory, motor or mixed. For example, the olfactory and optic nerve are sensory, the oculomotor nerve is motor, while the vagus and facial nerve are mixed in nature. If the dog were to suffer an injury in the facial nerves, this would lead to paralysis in the movements of the face, ears, eyelids and mouth, which would lead to difficulties in eating.

These originate on each side of the spinal cord. There are 36 pairs of them and they are all of mixed nature, formed by a ventral root (sensitive) and a dorsal root (motor).

Now we are going to see the second division of the nervous system (remember that the first was the central one).

It is called this way because it performs its functions automatically and its operation cannot be controlled voluntarily. It regulates functions such as breathing, blood pressure, digestion, cardiac activity, sweating, bladder emptying and metabolism. The autonomous nervous system is divided into 2 subsystems (and this is the last subdivision we will see!):

Damage to the nervous system and paralysis

There are many causes that can affect the nervous system (other than the spinal cord injuries mentioned above), such as poison ingestion, drug administration, wound infections or dog bites. Some viruses such as distemper and rabies can attack the central nervous system, causing inflammation in the brain, and there are also many toxins that the dog can contract through eating rotten meat, dead animals and contaminated water.

A severe ear infection can damage nerve fibers responsible for transmitting nerve impulses to the face muscles, making them unable to contract properly and leading them to facial paralysis. It is important to maintain a grooming routine in the ears, at which time it can also be used as an advantage to see if there is pain or infection. The entrance of the ear canal should have a pale pink appearance, smell well and present no excess wax.

Some signs of the dog to worry about are: abnormal limb position, loss of balance, walking in circles, seizures, behavioral shifts, mental state disturbance, blindness, movements such as pushing the head against the wall, incontinence, regurgitation, muscle shaking, lameness and paralysis.

Differences and similarities between the human and canine nervous system

– The neurons of the human being are slightly different from those of the dog, although their parts are the same: the dendrite, the cell body, etc.

– In the canine and human nervous system, the essential communication process between neurons is the synapse.

– The human brain is much larger and heavier than the canine brain.

– The process to create a movement is the same in both humans and dogs.

The nervous system of the dog is quite broad and complex, and now you know what it is, what its subdivisions are and how it relates to the behavior and functioning of the organism. Situations that can affect it and lead to paralysis in the dog were explained at the end of the article, as well as signs to keep in mind in order to identify related diseases on time. And remember that neurons and nerves are essential characters in this system. 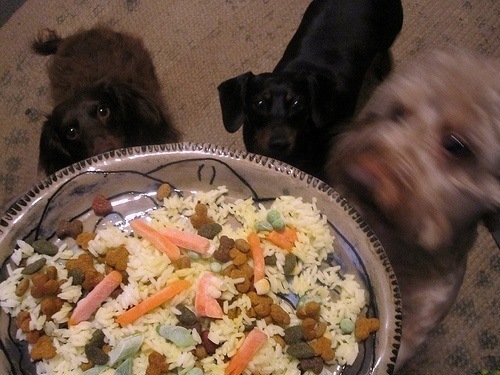 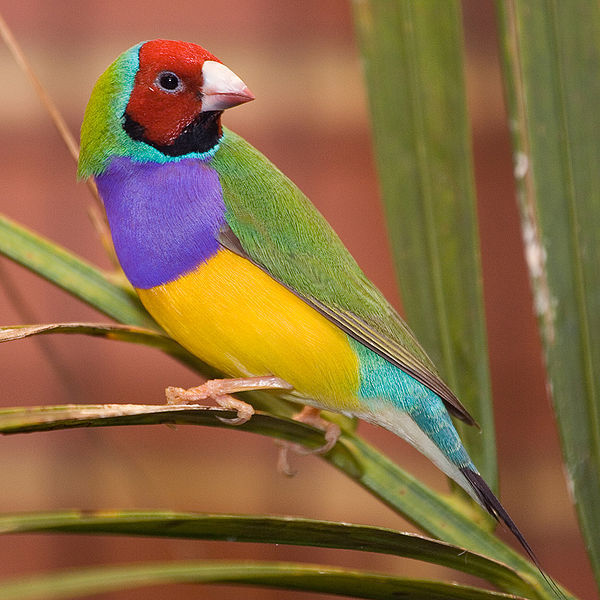