It is widely known that lions are called Kings of the Jungle. Probably because of their exuberant mane, which resembles the crown of a king, or probably because of their majestic roar. Probably because they impose themselves on the other species, humans included, to let us know that they are willing to defend their territory and the survival of their species. Or it is just the creation of a popular tale forever enrooted in the collective unconscious of mankind. Lions represent strength, bravery, and supremacy. However, what if their attack is nothing but an instinct of survival?

Regardless of the eyes with which you read this story, the events that took place in the town of Tsavo, Kenya, in Africa, back in 1898 were one of the most notorious and remembered clashes between the determination of mankind and the instinct of nature.

Back in the 1850´s, the British resolved to build railways to connect the territories that later would become Kenya and Uganda. At that time, they were under the British Protectorate. Such project was one of the most ambitious engineering endeavors of the time and it was called “The Uganda Railway” because the project ended there. Once the work had been started, it was Lieutenant Colonel John Henry Patterson´s job to continue with it.  He was in charge of designing and building a bridge over Tsavo River.

A curious detail is that –in Kamba language— tsavo means ‘slaughter land’. Maybe it was fate, or maybe it was just a simple coincidence, but that is exactly what happened to the workers in that project. Many of them died, attacked by two lions that stalked the campsite where they slept every night.  According to Patterson´s book, “The Man-Eaters of Tsavo”,   a hundred and thirty workers were killed. Other sources, based on more recent scientific investigations, revealed that thirty–five people died.  Only one dead worker would have been enough.

The message of nature was loud and clear, but –despite the deaths that temporarily brought the construction to a halt and caused panic and fear among the workers– these men decided to carry on. They tried to chase the lions away by fencing the campsite with trees with sharp leaves, with hurdles, and with traps, but these animals (belonging to a subspecies of mane-less lions) managed to dodge them all.  Eventually, the lions died. One first, and then the other a few days later, at gunpoint, at the hands of Patterson.

To date, we do not know exactly why these lions attacked the workers of the Uganda Railway. A plausible explanation is that, due to a virus affecting the region, there were few natural prays for lions, such as antelopes, gazelles, buffaloes, and zebras, among other animals. Consequently, Ghost and Darkness —the names given to these lions as, for the Kamba people, they embodied two warriors in their mythology— had to find a new pray. Another given explanation was that one of the lions had a condition in one fang, so it became easier to hunt humans. Maybe the movies “Bwana Devil” (1952) and “The Ghost and the Darkness” (1996), starring Val Kilmer in the role of Patterson, and also Patterson’s book, can unveil this mystery. 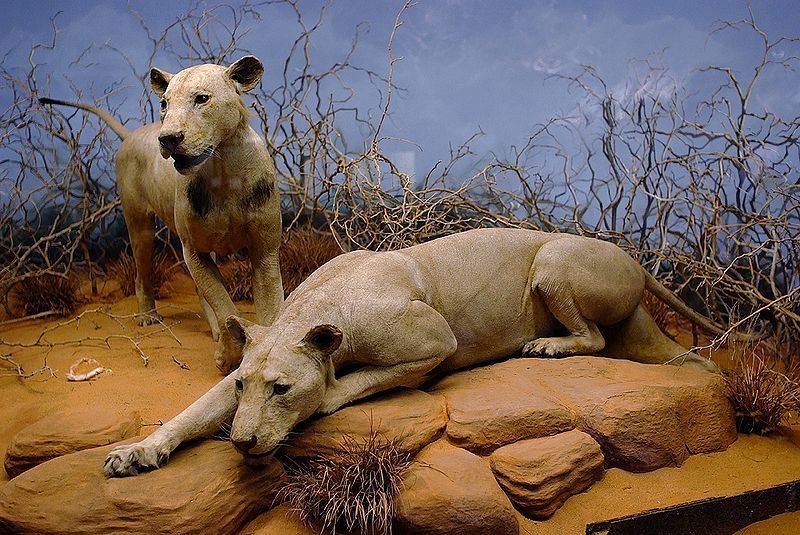 But I wonder, wasn’t it possible to find another route for the train, or build a safer campsite for the workers? What about training soldiers to be on sentry duty in the night shift? What about feeding the lions? What Patterson and his men did was truly brave, but it is only logical to think that if you invade a territory inhabited by lions you run the risk of being attacked. I am really sorry for the death of Tsavo workers, but I cannot blame the lions, as they just followed their natural instinct.  If only there was a way for progress and nature to go hand in hand. 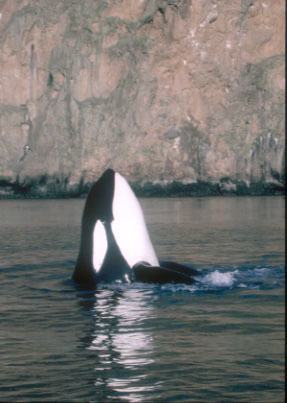